Why Do Pipes Burst When It Is Cold? 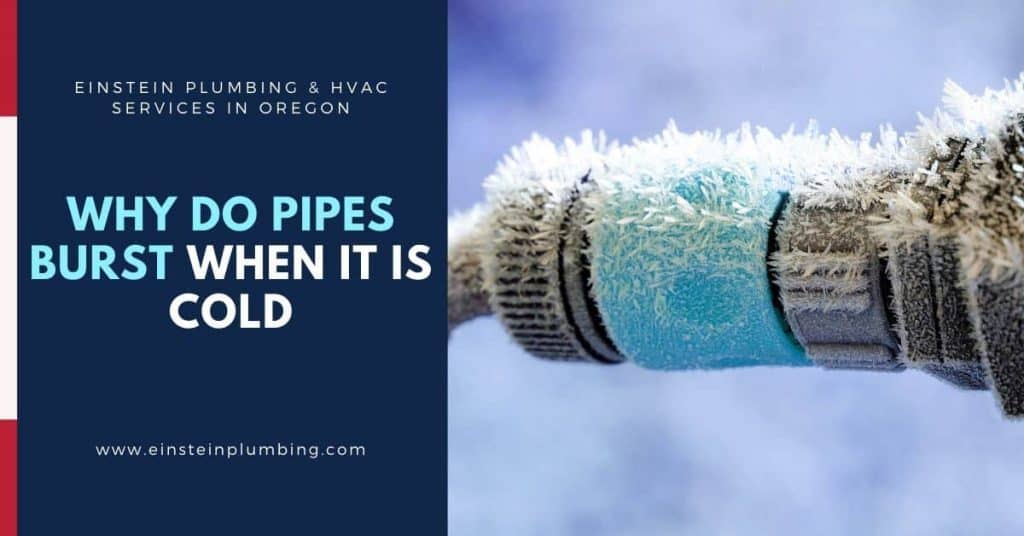 Frozen pipes are not just a December problem for households. The freezing season continues until February, and until then your pipes are not safe from the shredding ice crystals that can cause it from bursting.

But a damaged pipe is the least of your concern. When pipes become damages, whether caused by freezing or not, a series of issues around the household plumbing system tends to follow.

Why Do Pipes Burst in the First Place?

It is simple science. The water inside the pipes expands due to the cold. When it reaches the freezing point, pressure increases and begins to damage the surrounding material.

The damage starts as simple crack but with the accumulated pressure, it begins to create breaks that gradually increase the opening causing it to burst.

Pipes, whether made from PVC or metal, often are strong enough to withstand the intense cold weather.

However, years after being installed, corrosion begins to happen, slowly weakening the material and causing it to be damaged easily.

As the water begins to freeze due to the cold weather, pressure increase with it. That is why it is vital to normalize water pressure during the cold season.

Make sure that before winter comes to your water pressure is adjusted to not more than 60 psi.

While the climate is still warm, it would be good to have a professional check on your exposed pipes as well as those located inside the garage or in the basement.

There could be damage caused by deterioration or infestation that could lead to catastrophic issues during winter.

When dealing with frozen pipes, Einstein Pros has the perfect solution for you. We cater to pipe installation, pipe repair, frozen pipe issues, maintenance, and parts replacement services for both residential and commercial areas of Oregon, Washington and Nevada. Call us now to book an appointment.

When Do You Need A Water Heater Replacement?

Deciding whether your water heater needs repair or replacement is trick decision.  When Do You

Calling A Boise Plumber – Ultimate Guide For You

Calling A Boise Plumber If you want to Call A Plumber in Boise, you might

Do you want to be self-sufficient in handling leak repairs? Are you searching the internet

Are you looking for tips that can be a Drain Cleaning Guide for you? Do