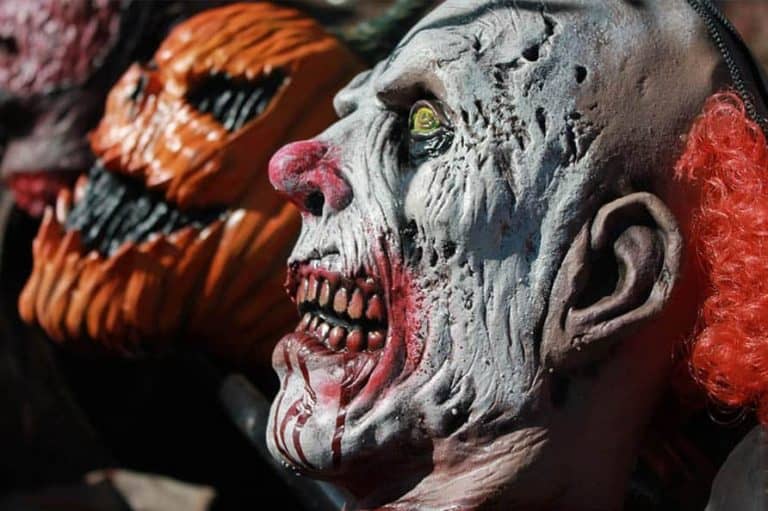 Halloween is coming soon, and if you are looking for the most bone-chilling, nightmare-inducing horror movies to binge-watch this holiday, then this is the perfect scary movie list for you.

The best horror movies ease their way into the darkest, deepest parts of our minds and tend to linger there for a while, occasionally waking us up from a nightmare at 3 am to prompt a feeling of someone standing in the shadows and watching us. But for some reason, the scariest moments in horror are when we are in one of our most vulnerable states. This idea is, why filmmakers love getting scares in the bathroom, mainly when the characters are taking a bath or a shower. With the number of thrilling, scary bathroom scenes out there, it’s no surprise that bathroom mirrors and bathtubs have become images of suspense themselves.

After a scary movie, the last place any of us want to be is alone in a dark, eerie, bathroom. And yet, we always have to come back in eventually — this is part of what makes them such right places to set a scary scene; the familiarity we all have with feeling defenseless the moment we step into the shower or lock the door. So be careful when you are showering people and ponder over whether being clean is worth risking your life.

Here are ten movie scenes that made so many viewers never want to close their eyes in the bathroom again.

The pleasure in the Final Destination series was always in the creative, and usually downright ridiculous ways it killed off characters who cheated their way out of death’s grip. One of the most gruesome scenes was the untimely yet perfectly orchestrated demise of Tod. The unfortunate teen is just trying to shave away the teenage fluff on his face when the toilet starts to leak and eventually leads to strangling himself on a washing line causing his death. It’s a wince-inducing scene because it’s a reminder of how dangerous everyday objects can be if we’re unlucky.

Named one of the scariest movies of all time, Candyman was the horror-hit of the 90s. An urban myth that occurs in front of the bathroom mirror and uttering his name five times will wake him up, and he’ll be hungry for vengeance. Everyone had watched it, and everyone was tempted to call out his name in their bathrooms.

A hook for a hand, a set of crazy eyes, and centuries of oppression to react against — he’s not exactly friendly. Afterwards, you wouldn’t want to face the bathroom mirror again.

One of the most gruesome and grotesque hard-R horror remake that did not hold back at all. Like all typical, but not so average teenage horror film, the movie starts when five friends head to a distant cabin, where the discovery of a Book of the Dead leads them to unconsciously summoning demons living in the nearby woods. Let’s just say that all of the gross, bloody, nasty scenes happened in the bathroom.

Do you want to play a game? The first Saw takes place in a large bathroom where hostages have to figure out how to win Jigsaw’s sick game.

The movie is a supernatural horror that revolves around a demon that possesses people and kills themselves when they see their reflection in the mirror. One pretty terrifying and gruesome scene in Mirrors (2008) is when the demon possessed the character, and her reflection in the mirror kills her in a thrilling, brutal way by tearing open her mouth where she bleeds to death. The sequel of Mirrors also has some scary bathroom scene where the character slips on a towel and eventually leads to her death. So some tips, don’t have your towel on the floor in front of a glass shower.

After the success of Scream, a parodic meta-horror that is both clever and terrifying, it only made sense to keep them coming. The scene where the killing takes place in a public bathroom stall made us all remember to never put our ear up in an attempt to eavesdrop on the next cubicle. Fear of using public bathrooms became far more evident after this one.

The mother of all bathroom horror scenes, and possibly the one you’ll immediately think of when someone asks you to name a scary scene set in a restroom. The combination of the haunting background music and the seventy-seven camera angles that Hitchcock chose to shoot that made this an instant iconic scene.

Psycho is plausibly the reason why many people get paranoid with shower curtains (or if someone is behind them), why you hesitate to rent out a hotel room, and why you always think there’s someone, somewhere watching you.

Heeere’s Johnny! The bathroom scenes in this Stephen King adaptation movie are perhaps the most disturbing ones. In a terrifying climax, when you’re scared and out of options, hiding in the bathroom makes complete sense. Unless, of course, your husband owns an ax. “Heeere’s Johnny!” has now become one of the most unforgettable lines in pop culture.

In the early 20s, the Hollywood horror scene erupted with a series of hugely successful Japanese horror remakes. One of the best remains The Grudge, combining technologies and old legends to create some of the most gruesome and horrifying narratives in horror movies.

Of all the jump-scares and nightmare-inducing ghost scenes, the one that stands out best is the shower scene. In it, Karen decides to de-stressed with a relaxing shower, but a distorted look comes over her face while feeling around her hair, only to find out that there is a third hand in the matted hair. After this scene, you’ll never want to shower alone again.

And who will forget the bathroom scene in A Nightmare on Elm Street? With his claws for fingers, tattered pied-the-piper-sweater, and a creepy lust for innocent, sleeping children, Freddy Kruger immediately became the most feared monster that ever existed in horror films. “1, 2 Freddy’s coming for you,” became the most haunting song many of us will ever hear.

Sleep is really for the weak with this film. When the heroine, Nancy, decides to take a bubble bath, she can’t help but fall into a deep sleep. As her knees fall apart and she falls into a dangerous dream, Freddy’s claw appears between her legs — this image is perhaps the creepiest moments this horror king has ever offered.

Binge-watch with us this Halloween, and if you ever have plumbing nightmares, you can count on us. Call Einstein Pros today at (888) 671-7767 or email [email protected], and we’ll help you with plumbing, water heaters, heating & cooling, drain & sewer and more in Oregon, Washington, and Nevada.

5 Essential Questions You Should Ask Your Bathroom Remodeling Contractor

The Top 5 Plumbing Industry Trends to Watch in 2023

HVAC Maintenance: The Top 5 Reasons Why You Shouldn’t Skip It

Top 5 Plumbing Heating and Cooling Tips from a Professional Plumber in Salem.

How To Find A Good Local Plumber In Portland, Oregon?

Please fill up this form to send us your message, questions, comments, suggestions, and feedback. We will get back to you as soon as possible. Thank You!