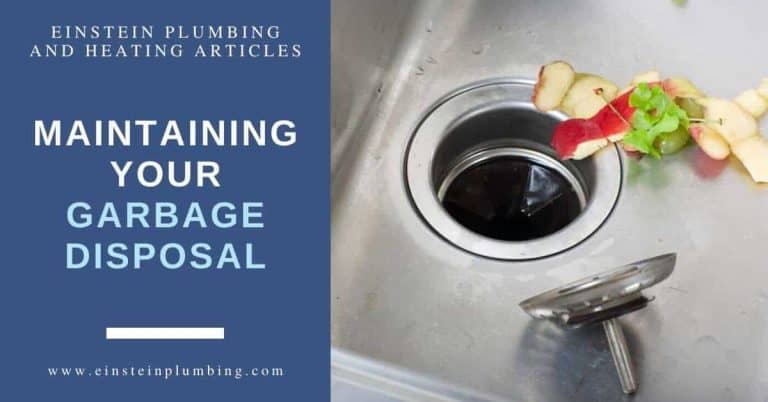 Garbage disposals play an essential role in the kitchen, and not only does it minimize your food waste, but it is also environmentally friendly.

If the garbage disposal is well maintained, its effectiveness helps keep the kitchen functional and clean; however, problematic garbage disposal, on the other hand, only brings trouble and hassle to the members of the household.

When biodegradable food waste is not properly taken care of by the garbage disposal, it creates clogging which produces an awful odor to the kitchen.

How to Maintain a Garbage Disposals?

By avoiding harmful food waste away from the garbage disposal, you are preventing major damages to your overall system.

What many homeowners do not know is that not all food waste can be chopped to pieces by shredders, and there are some sediments that make shredders dull.

Here are a few things you should avoid disposing of down the garbage disposal:

Aside from harmful food waste, you should also not give in to the temptation of throwing trash down the disposal. Some of these items include:

While fruit skin can be shredded by disposals, some like watermelons and papayas may need to be chopped down into smaller pieces first. Better yet, it could be best to dispose of thick fruit skins in the compost or trash.

It is natural for plumbing fixtures to have sediment build up in time. Debris could solidify and cause clogging, and even shorten the lifespan of the garbage disposal.

At the same time, the shredders also need regular replacing.

When activating the garbage disposal, let the water from the faucet flow to allow the shredders to chop the food waste with ease.

Just like how a blender works, cold water helps move around the sediments as well as help in carrying out the remaining particles out of the disposal and into the pipeline. Coldwater also keeps the motor from overheating.

Einstein Pros is a trusted plumbing company in Bend, Oregon that caters to a variety of plumbing services including the installation of garbage disposals, parts replacement, and general repair. Call us now to book an appointment.

5 Essential Questions You Should Ask Your Bathroom Remodeling Contractor

The Top 5 Plumbing Industry Trends to Watch in 2023

HVAC Maintenance: The Top 5 Reasons Why You Shouldn’t Skip It

Top 5 Plumbing Heating and Cooling Tips from a Professional Plumber in Salem.

How To Find A Good Local Plumber In Portland, Oregon?

Please fill up this form to send us your message, questions, comments, suggestions, and feedback. We will get back to you as soon as possible. Thank You!